Future for KIDS Fantasy Football League Kicks off in Phoenix 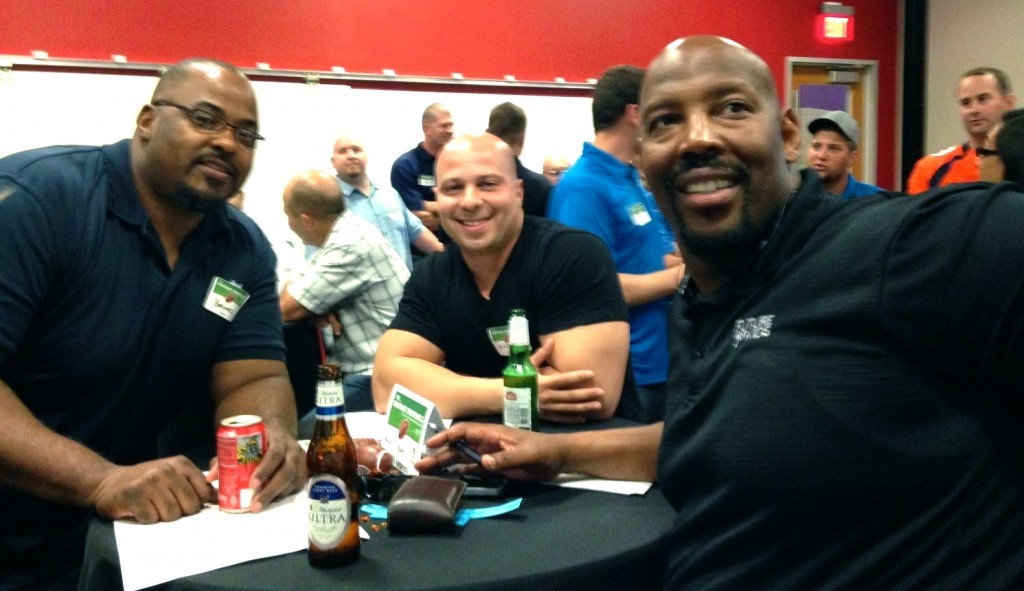 The Future for KIDS’ Winter Games Sports Camp will again be a reality thanks to the second annual DPR-hosted fantasy football league, which kicked off Aug. 29 with a draft party at DPR’s net-zero energy office in Phoenix.

This year’s competition was limited to one league featuring 10 teams, including last year’s winner, Kovach Building Enclosures. All the participating teams were invited to the draft party, where they watched a video about last year’s camp event, played ladder golf and other games, and were treated to food from the DPR grill and beverages from the DPR wine bar. An auction was also held, featuring Arizona Cardinals tickets and memorabilia, an Arizona State University (ASU) football ticket package, and a luxury hotel stay at the Montelucia Resort & Spa – all procured by the Future for KIDS junior board.

The 2013 draft party and raffle yielded $9,000 for the camp, enough to accommodate 200 kids at the 2014 Winter Games event, up from approximately 150 this year. Held Jan. 12 at Phoenix’s Cesar Chavez Community School, where Future for KIDS also provides after-school mentorship, the 2013 Winter Games Sports Camp was funded entirely by last year’s fantasy football league. According to DPR’s Tim Hyde, who sits on the Future for KIDS board of directors, though the organization previously held multiple camps, in recent years budget concerns had limited it to just one camp, the popular Youth Sports & Fitness Camp held on the ASU campus. The funds raised by the fantasy football league, initially conceived by DPR’s Ryan Young, allowed the organization to reintroduce an additional camp and develop the new Winter Games event.

Since 2010, the DPR Foundation has supported Scottsdale, AZ-based Future for KIDS, which is dedicated to providing at-risk children education through mentorship and sports and fitness programs. The 2012 grant of $50,000 brings the three-year total to $95,000. DPR’s Phoenix office also plays a key role in the organization’s Youth Sports & Fitness Camp, held each June, and has raised additional funds for the organization through its annual golf tournament.