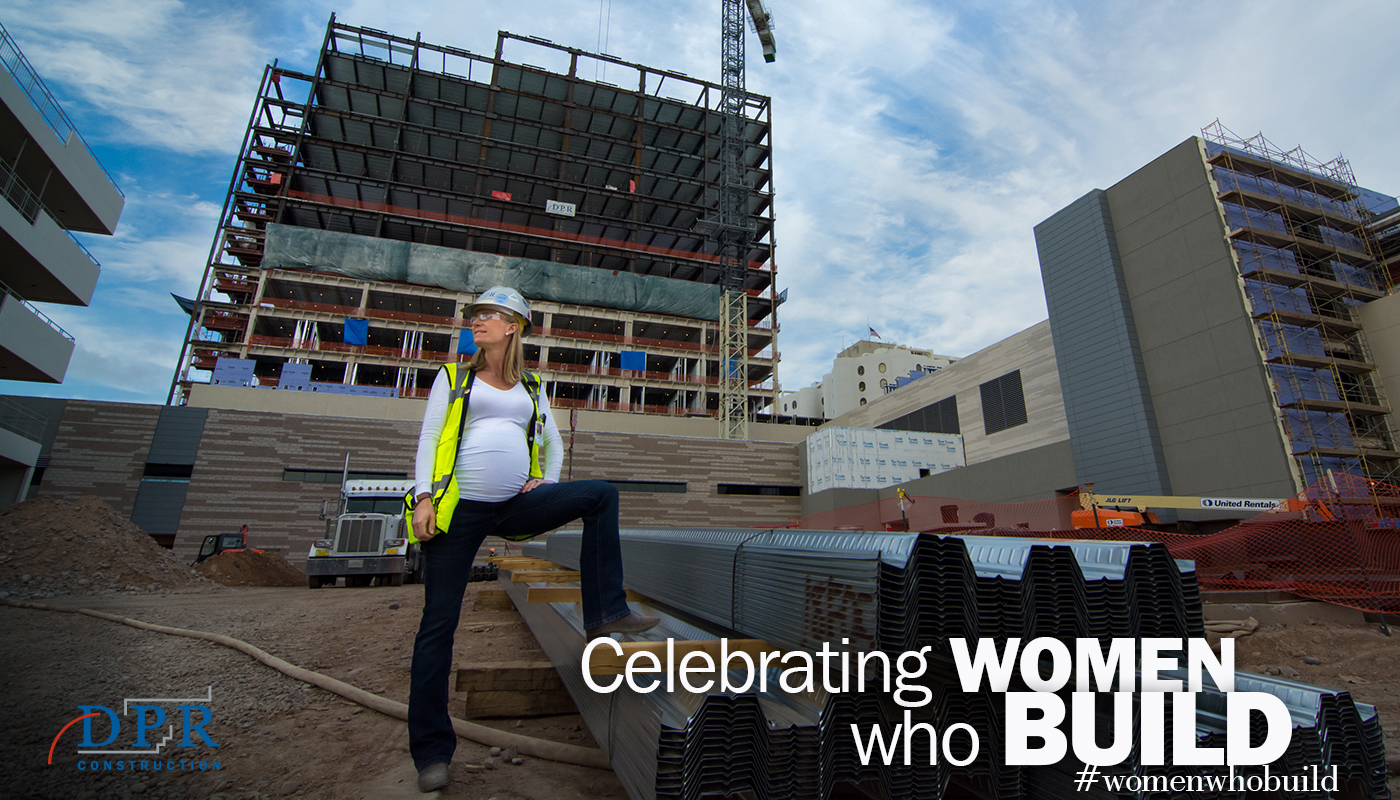 We are proud to kick off our Celebrating Women Who Build blog series with the story of Gretchen Kinsella. Gretchen is DPR’s youngest project executive in the Phoenix region, managing the largest project that we have ever built in the area—the $318-million renovation of Banner University Medical Center Phoenix (BUMCP).

Starting at DPR in 2002 as an intern, Gretchen found herself assigned to a project that didn’t offer the challenges she was looking for in her internship. She was honest and candid with her intern mentor; she wanted more challenges, responsibilities, problems to solve. She wanted to build great things.

Gretchen was moved to another project. “If you want to be heard, you need to continue to speak up and be confident in your own capabilities, whether you’re a 25-year veteran or an intern in your first week on the job,” she said.

Gretchen’s story continues to be one pushing limits. Her first full-time project at DPR was Banner Good Samaritan Hospital (now BUMCP, the project she is building today). She was given a lot of responsibility, because she asked for it. She continued to raise her hand for challenging projects as she progressed to becoming a project engineer, project manager and project executive.

And 15 years later, she chose an OB/GYN that delivers at BUMCP because she felt there was no better place for her personally to bring her daughter into this world. She was coming full circle, with the child she gave birth to at the site of the project she helped create (in one of the very same rooms she built back in 2004).

Read Gretchen’s full story, “How to Ask for What You Want and Find Your Voice in a Male-Dominated Industry,” on ENR.