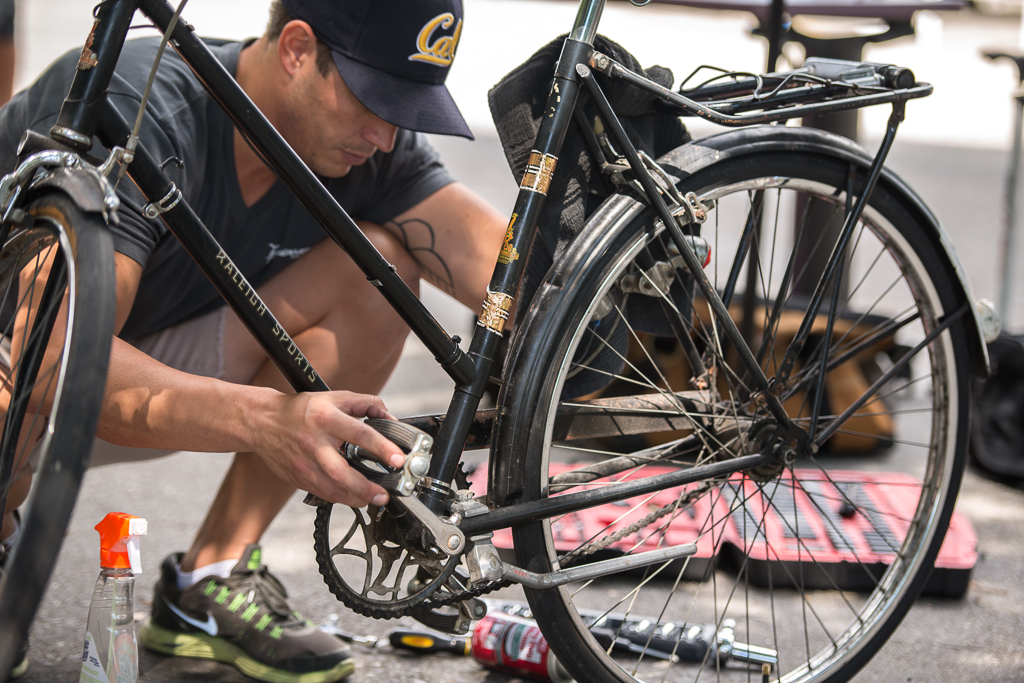 More than 180 bicycles were returned to road-ready condition thanks to a pair of recent bike repair clinics held in Northern California in conjunction with the DPR Foundation-supported TurningWheels for Kids (TWFK).

On Aug. 17, for the third year in a row, volunteers from DPR’s San Jose office hosted a free bike repair clinic in the office’s parking lot. Working under canopies and fueled by hot dogs provided by DPR, 15 volunteers and their families fixed 102 bicycles for community youth. The four-hour event had kids lining up for the clinic, bike maintenance tips and barbecue.

DPR’s Phil Bartkowski, who sits on the TWFK board of directors along with DPR San Jose Regional Manager Scott Greubel, noted that the San Jose event is quickly becoming one of the most popular for the organization, which is dedicated to providing bicycles for underprivileged children in the local community. “The bike repair clinic at DPR San Jose consistently draws the biggest crowds of any of the repair clinics. We have a really tight community right around our office,” Bartkowski said. 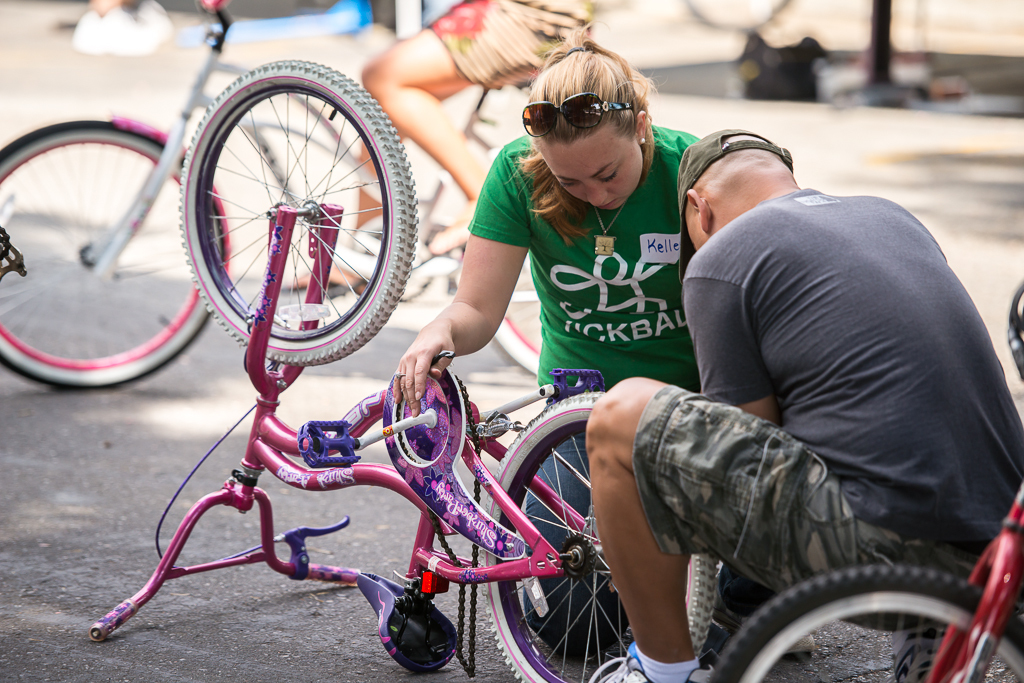 As in past years, a master mechanic attended the clinic to address the most serious repairs. DPR volunteers are trained through a primer class created by Bartkowski to help them remedy simpler problems, like changing tires or inner tubes and replacing seats.

A few weeks later, on Sept. 7, Bartkowski was among a handful of DPR San Jose volunteers who joined the San Jose Fire Department in a second bike repair clinic, held at the Moose Lodge in San Jose. That event resulted in more than 80 bicycles being repaired for area kids.

Founded in 2003, TWFK is a dynamic program that provides new bicycles for underprivileged children in the local community. The goal of TWFK is to entice children back outdoors, away from TV, computers and snacking, and reintroduce outdoor activity and play. Additionally, TWFK strives to provide a bit of joy to children from low-income families, who are all too familiar with the pressures of living in an environment of uncertainty and often chaos. Each year TWFK works diligently to collect funds, purchase and assemble bikes and then distribute them to worthy, established children’s charities for their holiday giving programs.

TurningWheels for Kids is one of 15 youth organizations nationally awarded a total of $845,000 in grants by the DPR Foundation in December 2012. Since 2008, the DPR Foundation has supported TWFK with grants totaling $138,000. Its 2012 grant of $60,000 represents the organization’s single largest donation to date. Additionally, DPR served as the title sponsor for the 2011 and 2012 Big Bike Build, the organization’s signature event.