1990 was the same year that smoking was banned on domestic flights, Microsoft released Windows 3.0, Tim Berners-Lee developed the World Wide Web, and the first U.S. digital cellular call was made. It was also the year that Iraq invaded Kuwait, leading to the start of the Gulf War, and the Dow Jones closed the year at 2633, and the world entered a recession.

It was an uncertain time. Yet three construction industry veterans still set out to do something different in an industry traditionally resistant to change. Starting our first year with 11 employees, DPR grew and reached the $1 billion mark in less than 10 years.

Today with 20 offices, 3,000-plus employees and more than 8,700 projects completed totaling some $29.7 billion, we’ve had the opportunity to work with and learn from some of the most progressive companies. We look forward to the next 25 years—working together to build a better future for generations to come.

Take a look at DPR in the early days:

We'll be celebrating our birthday on social media for the rest of the year. Look for #DPR25. 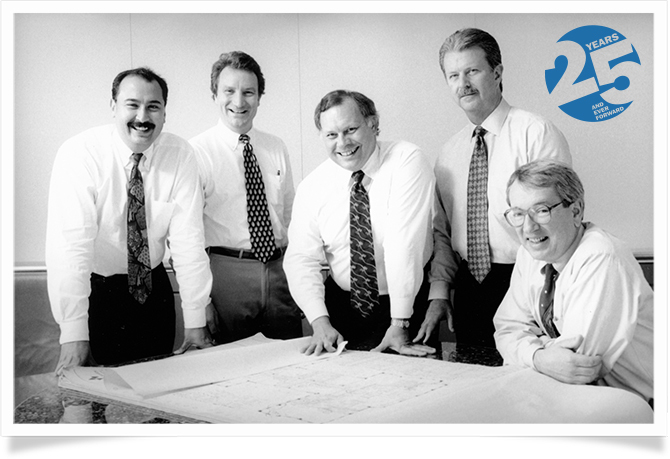