According to Steven Grandin, who serves as a DPR Foundation liaison and sits on the Seven Tepees board of directors, each team was tasked with raising a minimum of $2,000 to participate in the bowling tournament. This year, DPR employees formed two teams – Dylan Swallow’s California Pacific Medical Center (CPMC) team (“In it to Pin It”) and Jamie Robertson’s University of California, San Francisco (UCSF), Medical Center at Mission Bay team (“DPR-UCSF”) – and raised well above the entry minimum. According to Deb Glazer, development director for Seven Tepees, DPR-UCSF raised just shy of $4,000 and came in fourth for fundraising (out of 13 teams), and In It to Pin It raised $2,575 and took home the prizes for highest team bowling score overall.

The fundraising efforts for the DPR-UCSF team alone entailed 70 employees spearheading 10 individual fundraisers, ranging from bake sales to auctions to car washes with some craft making and good-natured peer pressure thrown in for good measure. Additionally, DPR-UCSF was able to secure high-value items for the silent auction, which netted the organization an additional $2,500. 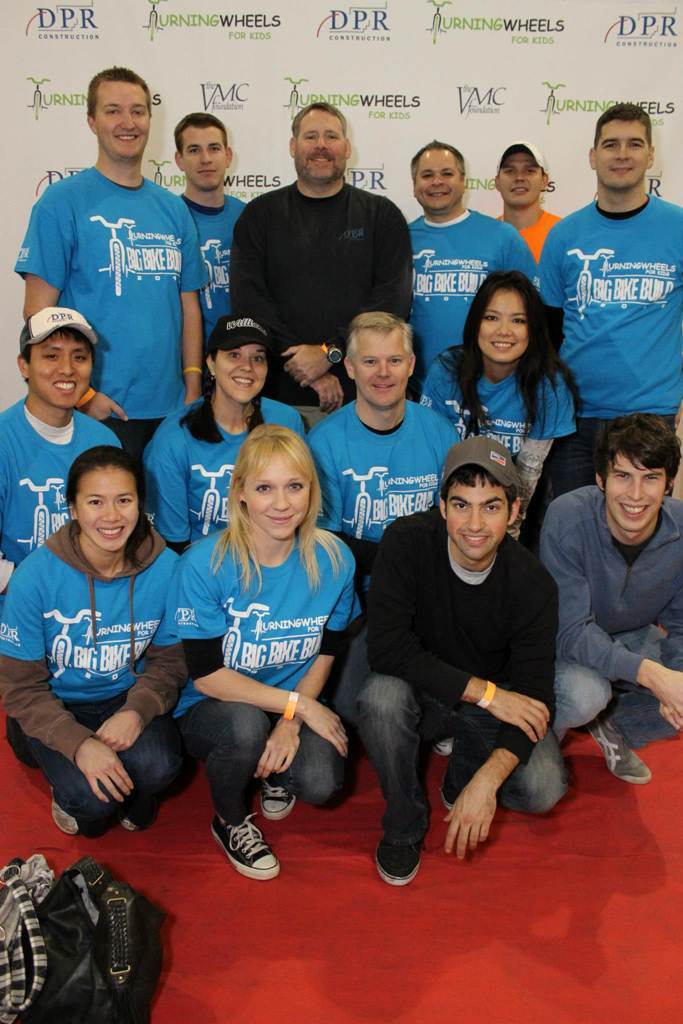 In total, the event raised more than $76,000 for Seven Tepees – almost double this year’s goal and approximately $56,000 more than last year. Grandin said that the office is already working out next year’s teams and ways to enhance the fundraising efforts.

Seven Tepees Youth Program is dedicated to impacting the lives of promising inner-city youth, fostering the skills they need to make lifelong positive choices and to create their own opportunities for success. The program targets inner city youth and works with them for a period of seven years, providing them with the building blocks that will help them create positive, successful futures. Youth are encouraged in social competency, academic skills, healthy self-esteem, exposure to new options, and increased understanding and appreciation of their natural environment.